The objective of NIRKILLERS was the development of new methodologies for the synthesis of gold nanoprisms for their application in phototherapy against cancer. Throughout the three years of this project a simple methodology of synthesis of the gold nanoprisms has been achieved by reducing an Au (III) salt using sodium thiosulfate in two additions and without the need to use any type of additional surfactant. The nanoprisms thus synthesized have been stabilized with long chains of polyethylene glycol duly derivatized with a thiol group that allows their binding to nanoprism and a carboxyl group for subsequent derivatization reactions. Different biomolecules such as antibodies, DNA, glucose, internalization peptides (TAT) and fluorescent labels have been conjugated. These nanoprisms have been dully characterized using techniques such as TEM, SEM, AFM, TGA, FTIR, etc. They all have dimensions of 8.8 nm in height and the length of their edge is determined by the concentration of the added thiosulfate solution. In this way the wavelength at which light is absorbed can be controlled. 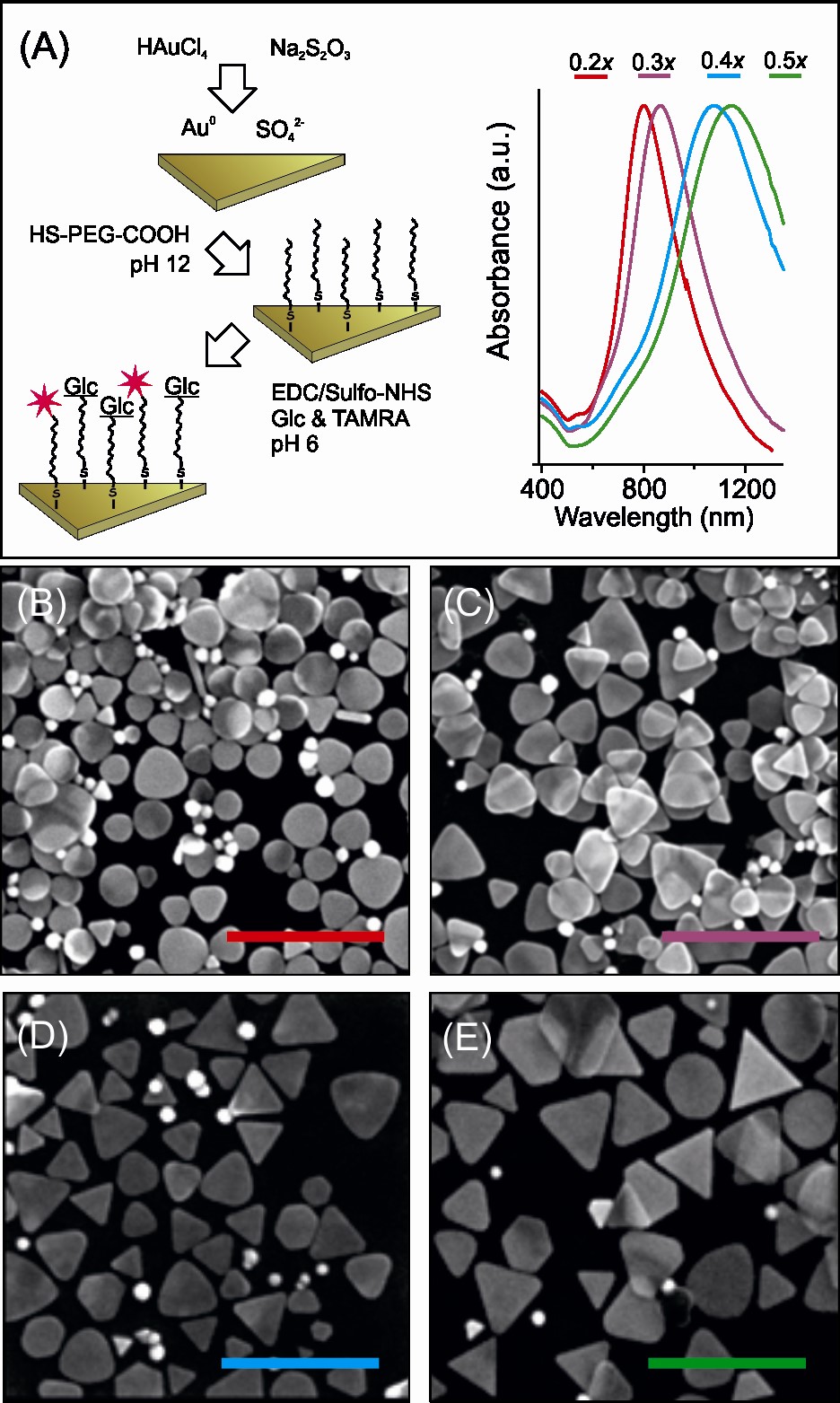 These nanoprisms also have the ability to transform this light into heat. This property has been used throughout this project for its application in photothermal therapy, biosensors with thermal transduction system and in optoacoustic tomography. Throughout these three years the great capacity of our nanoprisms to generate heat has been demonstrated (up to 80 ° C with solutions of 0.1% in 2 min) Cell death studies have been performed to understand the cellular mechanisms involved in this type of death. By employing different mutant cell lines as well as inhibitors of different molecules involved in apoptotic pathways, cell death has been induced by apoptosis instead of necrosis. Usually the type of cell death induced by this type of nanoparticles is necrosis, which has important side effects.  In this work, it has not only been possible to induce cell death through apoptosis, but also the proteins involved in it have been deciphered step by step.

In addition, a type of dot-blot biosensor has been developed, using these nanoprisms as a developing system on nitrocellulose membranes and thermal paper. This simple methodology has allowed to detect levels of CEA in the fentomolar level from blood plasma. Finally, it has also been used for the detection of cancer in vivo in mice with gastric tumors using optoacoustic tomography techniques.