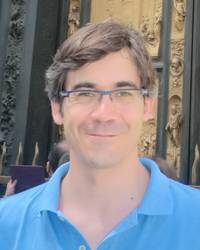 I earned my Chemistry degree from the University of Zaragoza in 2001. During my last year as undergraduate student I had started my research career in the field of coordination chemistry in the universities of Zaragoza and Dortmund. In 2002 I started my PhD work in the group of Prof. J. L. Serrano in the University of Zaragoza (2002-2005). My research topic was the self-assembly of liquid crystalline dendrimers and its application to achieve nanostructured anisotropic materials.

In 2006 I joined the group of Prof. E. W. Meijer in the Eindhoven University of Technology (2006-2008) for a postdoctoral stage, from 2007 as a Marie Curie Intra-European fellow. My main research line was the self-assembly of C3-symmetrical molecules, with special emphasis in how the chiral information is transferred and amplified from the molecules to the supramolecular assemblies. In 2008, I moved to the Institute of Chemical Research of Catalonia (ICIQ) to work in the group of Prof. M. A. Pericàs as Juan de la Cierva researcher (2008-2011). There, I worked on another case of chiral amplification: asymmetric catalysis and its application in continuous flow processes. After that I was appointed as project researcher at the Catalyst Selection and Optimization Laboratory (CSOL) (2011-2015), a technology transfer unit at ICIQ.

In 2015 I was awarded with a Ramón y Cajal contract, with which I have started a research program at the Institute of Nanoscience of Aragon (INA). The aim of my research is using stimuli responsive polymers to control the interactions between nanoparticles and proteins. A better understanding of those interactions will allow extending the circulation time of the nanoparticles, or delivering drugs in a controlled manner.